Home  »  Beauty   »   Why is gel-polish being better than semi-permanent polish for your nails? Find out here

It is given that gel nails and gel polishes and other types of nail extensions have caught the attention of the majority of women around the world. However, there are still a lot of women are confused between gel polish and semi-permanent polish.

Usually, gel nails are considered false nails, and a gel is applied directly to your natural nail, or for artificial nails, it is applied or attached to the tip of your nails so that it will gain in length. Artificial nails nowadays are now used in very rare occasions, because of its unnatural look unless you want a French manicure.

The gel polish that is used in it us molded by the nail technician, and then it is treated or cured under ultraviolet light. Once it is completely dried up and hardened, the gel nails can form into a protective shell on the natural nail and can also be varnished after. 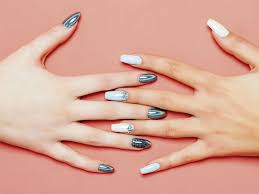 A semi-permanent polish, for the most part, is usually located halfway in between your nails and the gel polish. Its consistency is usually of nail polish and is applied with the same simplicity in four different layers which are the base, the double coats of polish and the topcoat.

However, each of the layer hast to undergo ultraviolet light curing before the manicurist can add more layer to your nails. If it is completed, the nails are then applied with lacquer to polish its color solidly and brightly.

Usually, the duration of the nails in gel-polish and semi-permanent or Semipermanentes polish depends on the nail’s regrowth period where both options are subjected to this. Usually, it takes two weeks on average for the nails to naturally appear at the base while both the gel-polish and the semi-permanent polish have the same lifespan or the duration as it is applied to your nails.

However, in reality, the semi-permanent polish can easily crack and fall off after two weeks while gel-polish can maintain its durability for three weeks as it maintains its protective shell to be solid and the only noticeable difference is the nails that start to grow back from its base.

Another difference is that the natural nail becomes more visible as it starts to grow as the semi-permanent polish needs to be removed. It is also possible to apply a new coat, but not too excessively because this might damage the nails. It is also highly advisable to visit your manicurist rather than re-coating your nails with semi-permanent nail polish.

Gel nails are the most preferred compared to the semi-permanent nail polish because of its longevity where the protective coat or shell stays undamaged for up to three weeks, while the gel nails allow the nail beneath it to be strengthened without any outside noticeable damages that you can see in the next coming weeks after you applied it.

It is highly recommended for those who have shorter nails and wants to hide the defects which allow them to add more décor and color to their nails.